Coming Home directed byZhang Yimou is a Chinese film about a family. The story begins under the setting of the Cultural Revolution. The daughter, Dandan (Zhang Huiwen), is a gifted student at the dance academy. The father, Lu Yanshi (Chen Daoming), and mother, Feng Wanyu (Gong Li), are forced to separate when Yanshi is arrested as a political prisoner. During this time, Wanyu has an accident that leaves her with a severe form of amnesia. When Yanshi is released years later and able to return to his family he realizes that much has changed and his wife no longer recognizes him.

I have to say that I was very excited for this film. I would consider myself a big fan of both Zhang Yimou and Gong Li. Often when you combine them there is something truly magical that happens. I went into this film with very high expectations and I was not disappointed. I would say that I was surprised though. Gong Li’s performance in this film was just as expected and it was truly exceptional but the film itself was so quietly moving and unassuming. While I was not expecting something in the same vein as Hero, which was also directed by Zhang Yimou and is a sort of high intensity action film. I was expecting an intense family drama that would captivate you with an epically dramatic plot line. Perhaps something that was more akin to Raise the Red Lantern (Zhang Yimou). In all honesty, however, the plot line really took a back seat to the relationships that existed between the characters. The love that Yanshi had for Wanyu was so much a part of him that although she rejected him as her husband he did anything he could to stay in her proximity. Some people can only dream of a love like that and that is what truly made this film beautiful.

If you are expecting or would like to experience a film that is fast paced I would definitely not recommend Coming Home to you. Everything about this film is gentle and it moves very slowly. Nothing about the story is forced on the viewer. I found that I was, in a sense, lulled into caring for the characters as if they were people I knew. The way the story is told and the story itself is very true to life. It was imperfect and real, but beautiful in that way.

Coming Home is rated PG-13 and it is 109 minutes long. I would say that based on the content Coming Home would definitely be fine to share with children. It may be hard to get them to sit through it though because, as I said, the plot moves at the pace that a younger person may have difficulty appreciating.

I have never seen a film in this genre directed by Zhang Yimou and have come to be very surprised by his ability to traverse genre. Although this film is not your typical love story drama I would still recommend it to anyone who enjoys those types of films. I would also, of course, recommend Coming Home to anyone who adores Zhang Yimou and Gong Li just as I do. 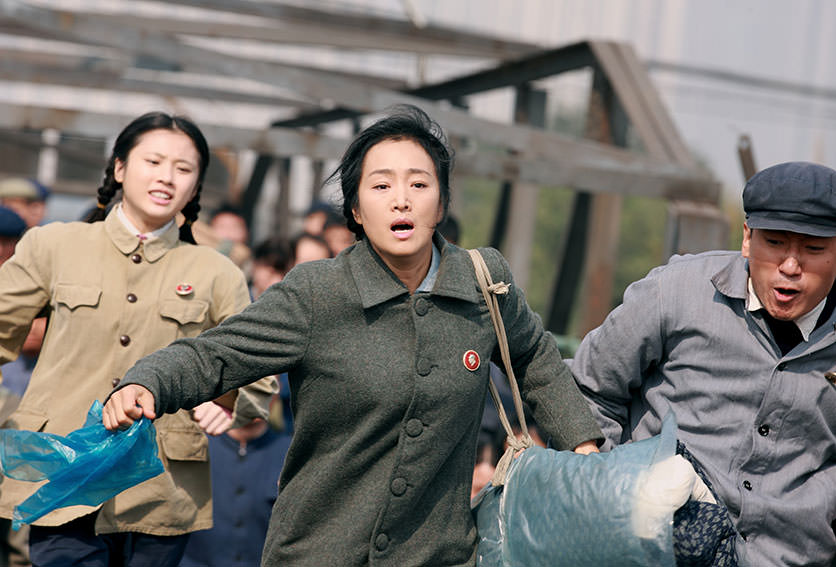