For all my local fun art loving friends in Calgary, here is your opportunity to acquire some amazing pieces for your own private art collection. On Friday, April 8th, 2016 from 7- 11pm at Hotel Arts for a $100 ticket (CLICK HERE), you will see and have the chance to bid on over 60 artists work.

The funds raised in the auction will help complete one of the most important phases in the Kiyooka Ohe Arts Centre.The final architectural design and construction of the Centre’s future Pavilion, which will house a contemporary art collection. Conceived to be the Centre as a non-profit public arts centre dedicated to the research, exhibition, education and documentation of contemporary visual arts.

There will be a live auction, silent auction and raffle. Here is the three pieces I would buy if I were you: 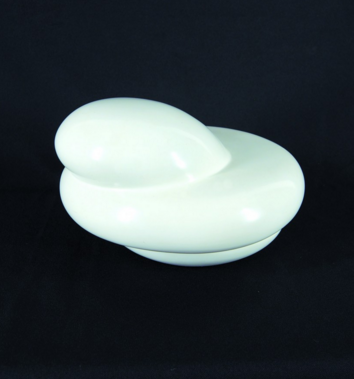 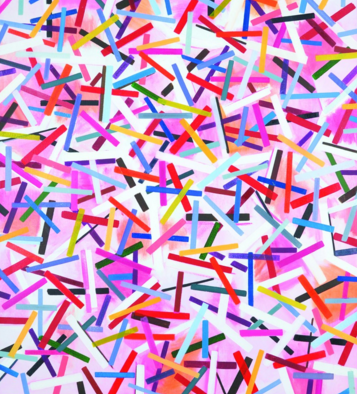 signed and titled on backing;

Harry Kiyookahas been one of the major proponents of modernism in Western Canada and a key figure in the abstract art of this Province. Born in 1928 in Calgary, Kiyooka received an extensive education in visual arts: B.A in Education from the University of Alberta, B.A in Fine Arts in 1954 from the University of Manitoba, an M.A. in Fine Arts in 1956 from the Michigan State University, and an M.A. in Fine Arts from the University of Colorado (1957). From 1958 to 1961 Kiyooka studied in Italy on a Canada Council Scholarship. In 1961 he returned to Calgary where he taught at the Art Department of the University of Calgary for 27 years, retiring with the rank of Professor Emeritus of Art in 1988. For the past 35 years, Kiyooka has been active in the visual arts community and has served in local, provincial and national boards of several arts organizations. He was a founding member of the Calgary Contemporary Arts Society (1982), the Triangle Gallery of Visual Arts in 1988 (currently Contemporary Calgary) and , most recently, co-founded Kiyooka Ohe Arts Centre (KOAC) with Katie Ohe. Kiyooka’s art has undergone a series of transformations. He began experimenting with stylized, and later with geometric abstraction (late 1950s), then turned to abstract compositions executed in a colour hard-edge. A decade later he explored Op art idiom (1960s/1970s), followed by a gradual return to representational and metaphoric/symbolic compositions.  Kiyooka has also been recognized as an accomplished print artist. In the mid-1960s, Kiyooka was among the first Canadian artists to use serigraphy in a contemporary manner in his large vividly coloured prints falling into the hard-edge category, but gradually leaning toward an Op art idiom. His serigraphs, which were showcased nationally and internationally, have won him numerous prizes, awards and honorable mentions. Kiyooka’s recent, more representational works are metaphoric in their context with a rich symbolic vocabulary.  His works were included in several group exhibitions and showcased in Canada and Europe, and are held in numerous museums, corporate and private art collections.Harry Kiyooka has exhibited extensively, nationally and internationally over the years and is a Professor Emeritus, University of Calgary, having taught 27 years. He is a founder of the Triangle Gallery of Visual Arts and most recently the KO AC With Katie Ohe. 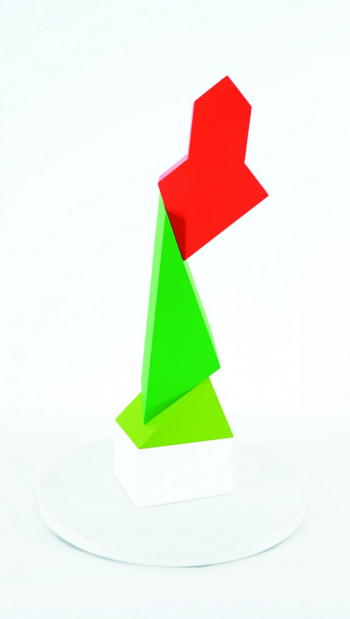 enamel on wood board sculpture 2006

Informed by natural and applied sciences as well as philosophy – particularly evident in his expressive body of work executed in Neo-Constructivist/Neo-Structuralist style – Ron Kostyniuk is one of literally few contemporary artists truly dedicated to this international avant-garde style in this country. Born in 1941 in Wakaw, Saskatchewan, he enrolled in the University of Saskatchewan in Saskatoon and graduated in 1963 with a B.A (Biology), followed by a B.Ed. In 1971 he received a Master’s Degree in Science and, later, in Fine Arts from the University of Wisconsin. Kostyniuk’s constructed reliefs and other sculptural projects are based on the principles of Constructivism – the early 20th century Russian avant-garde movement that was concerned with space, time colour and the relationships between geometric shapes. These works have always been tied to the artist’s knowledge of biology as they reflect, in his mind, nature’s forms and process, without actually imitating them. Still inspired by the Constructivist tradition, Kostyniuk is now exploring – in his recent Saskatchewan Road Map Series – the images and cultural traditions surrounding the vanishing elements from Western Canada’s prairie landscape by blending the elements derived from the regional sensibilities with the international style of art, as evidenced in his “Prairie Sentinel”. Kostyniuk’s works have been featured in several solo and group exhibitions in Canada, the United States, Europe and China, and are in numerous museum and private art collections across Canada and abroad.