KO Review By The Sea

In the new film By the Sea,both written and directed byAngelina Jolie Pitt, Vanessa (played byAngelina Jolie Pitt) is a retired dancer now suffering from deep depression. Her husband Roland (played byBrad Pitt) is a writer, going through a block. Vanessa discovers a hole in the wall of their hotel room that leads to her newlywed neighbors room. In her depression she hardly lives at all. Rarely gets out. Sits most the day on the patio in her oversized sunglasses smoking cigarettes, watching boats pass. Vanessa begins to get paranoid that Roland wants to have an affair with the newlywed neighbor wife. She begins living vicariously through the neighbors, peeping the newlywed couple. 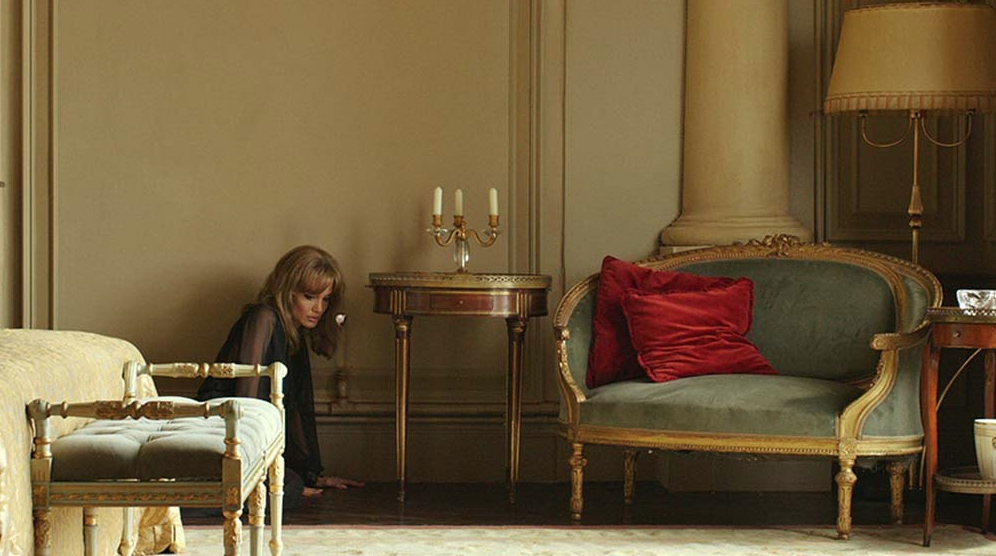 Jolie’s character has a very ethereal quality to her inBy the Seafilm. Distant and mysterious. Every frame of this film is editorial quality. Beautifully lit and shadowed. Illuminated colors sea side in the south of France, almost Wes Anderson aesthetic. Saturated and bright.

Vanessa and the neighbor named Lea (played byMelanie Laurent) become friends, and the paranoia seems to subside. Vanessa’s husband discovers her peep-hole in the apartment. Vanessa becomes obsessed by the newlywed couple Lea andFrançois. Vanessa and her husband decide to watch them together. Voyeurism, so kinky and so creepy at the same time since the other couple has no idea they are being watched. The funny thing is, their collective voyeurism seems to help their relationship, his writing and Vanessa’s depression. 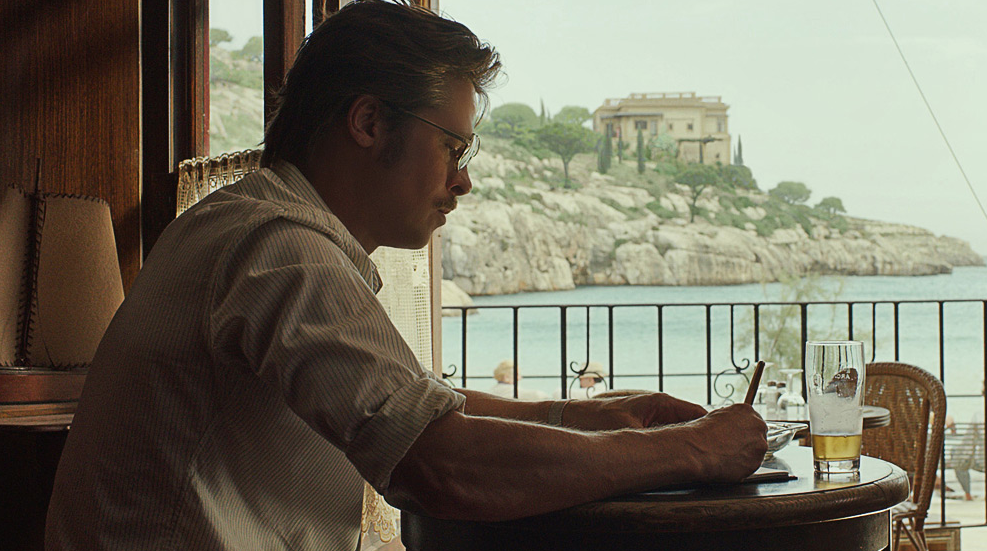 The two couples get close. Spending dinner together, make plans to sail together. It’s weird and as I am sure you can imagine, what happens next won’t be pleasant… and it all unravels from there.

The chemistry between Brad and Angelina is killer. It palpable and obvious it is from beyond the screen. Like aLiz TaylorandRichard Burtoncrazy 70’s chemistry. The two are so beautiful and so connected. It does make you wonder if art is imitating life or how this film all came about in Jolie-Pitt’s mind? 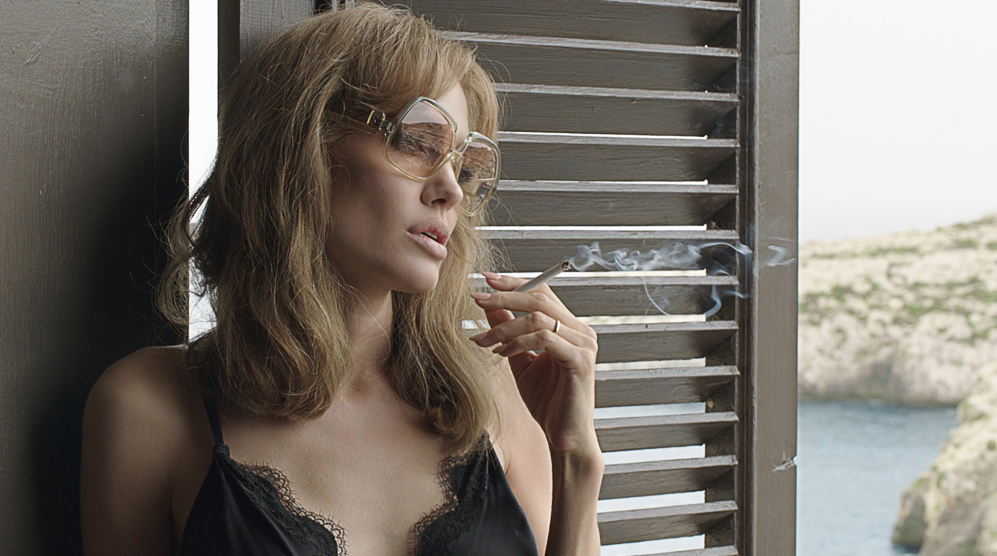 Vanessa’s style in so chic, reminiscent of Michelle Pfeiffer in Scarface, that 70’s chic-ness. Always in black,white and beige colored lace, silk or flowy satins with oversized shades accompanies by a sun-hat. Seriously stunning.

If you likes the Italian filmI am Loveor the French filmSwimming Pool, and the American films The Diving Bell and the Butterfly & The Talented Mr. Ripley you will most likely loveBy The Sea. There is a heavy influence of European cinema that is possibly starting to become a Nuevo American/European hybrid genre to create this atmospheric human experience of a pseudo euro film with less subtitles that both audiences can find appealing and fresh. There has certainly been a lot more cross-over in the past decade and I look forward to see this develop further in the future…

By the Sea now playing in select theaters, check www.calgarymovies.com for showtimes.

All photos courtesy of Universal Studios