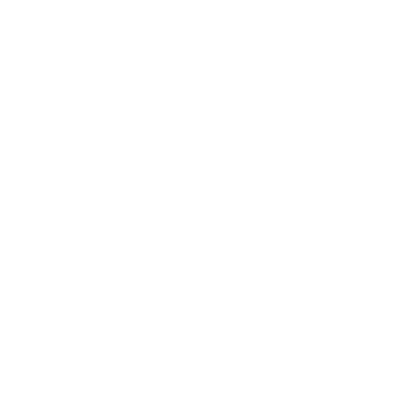 KO Review of Words and Pictures 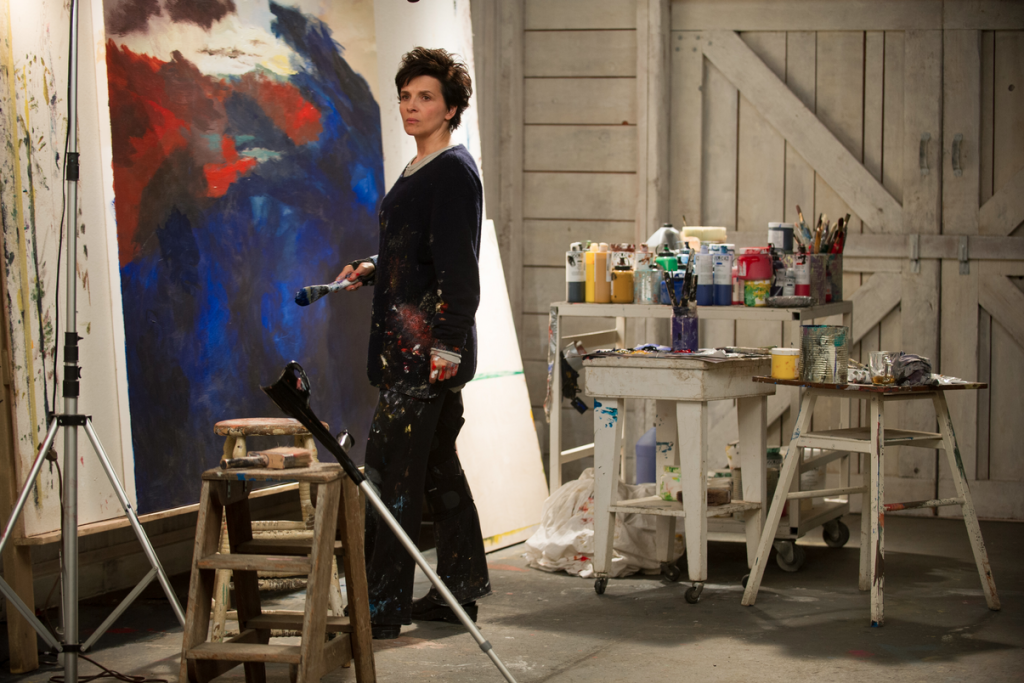 Struggling for inspiration? Have I got a film for you. Words and Pictures! Directed by Fred Schepsi and written by Gerald Di Pego. Words and Pictures is a film about the dichotomy that exists between the two. Jack Marcus (Clive Owen) a struggling poet and english teacher, challenges the schools new art honours teacher Dina Delsanto, (Juliette Binoche) to a war of words verses pictures to determine which holds more power. Slowly like peeling a rotten egg, we discover that Marcus suffers from alcoholism and is in jeopardy of losing his job. The board of directors at the school has to come to a consensus on his value to the education of the students. Marcus shows Delsanto his poem that will save his career in the draft of a literary magazine he runs for the school. The poem Marcus wrote was so powerful to Delsanto, it inspires her to overcome her severe rheumatoid arthritis pain to paint again. Delsanto was a successful artist in New York City before she took the job in the countryside as the art honors teacher. We discover gradually, that she has difficulty making her art and functioning day-to-day with her condition, so she had to move out of the city to teach.

Delsanto takes pity on Marcus because of his passion for his profession (as well as his annoying language games) and helps him keep his position in the school when interviewed by the board. He then takes a shining to Delsanto and begins making romatic advances… she declines. Delsanto gives her student an assignment to create art to correspond to Marcus’ poem he plans to publish in the schools literary magazine. After a lot of banter Marcus agrees to let her publish the best three works of art… as long as Delsanto will also part take and show her own artwork corresponding to his poem. This agreement starts the battle of Words and Pictures.

The relationship between Marcus and Delsanto starts to bloom, while Marcus’ alcoholism starts to disintegrate his relationship with his adult son. Marcus and Delsanto work together on an issue of bullying in the school between a girl, and a boy who drew a slightly pornographic cartoon of her. Through this challenge, Marcus’ realizes just how dedicated Delsanto is to her passion for art. Marcus and Delsanto have a romantic encounter one evening that leads to her revealing the painting she created inspired by his poem. Overcome with emotion, they make love and fall asleep together. Marcus is awaken by his guilt, gets almost incoherently drunk, and wakes Delsanto to tell her he stole the poem he is about to publish from his son, and admits he is a fraud. Delsanto goes on to take a medical leave from teaching and Marcus realizes his drinking has brought him to rock bottom.

Without spoiling the ending, the film ends up resolving itself, though it was rather soft and muted compared to other scenes in the film. Words and Pictures is a contemporary combination of Dead Poets Society meets Art School Confidential meets When Harry Met Sally (for middle-aged people). It is cute, comedic and light. Perfect date night film for creative souls who need some inspiration.

Words and Pictures opens in theatres in Calgary Friday July 18, 2014.

Words and Pictures made its world premiere as a Gala Presentation at the 2013 Toronto International Film Festival. 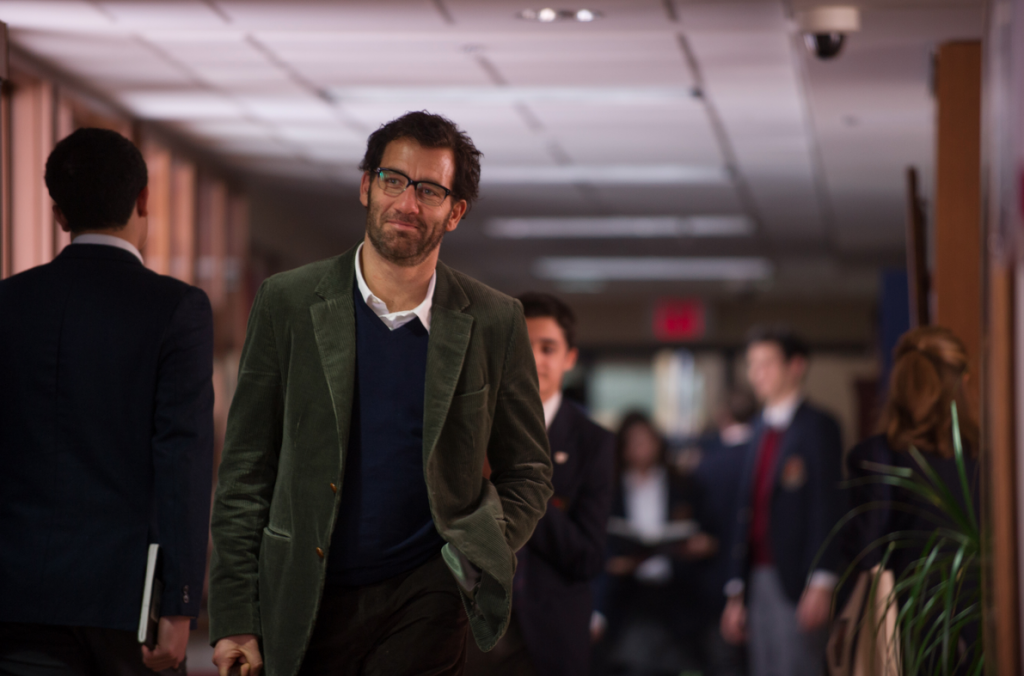 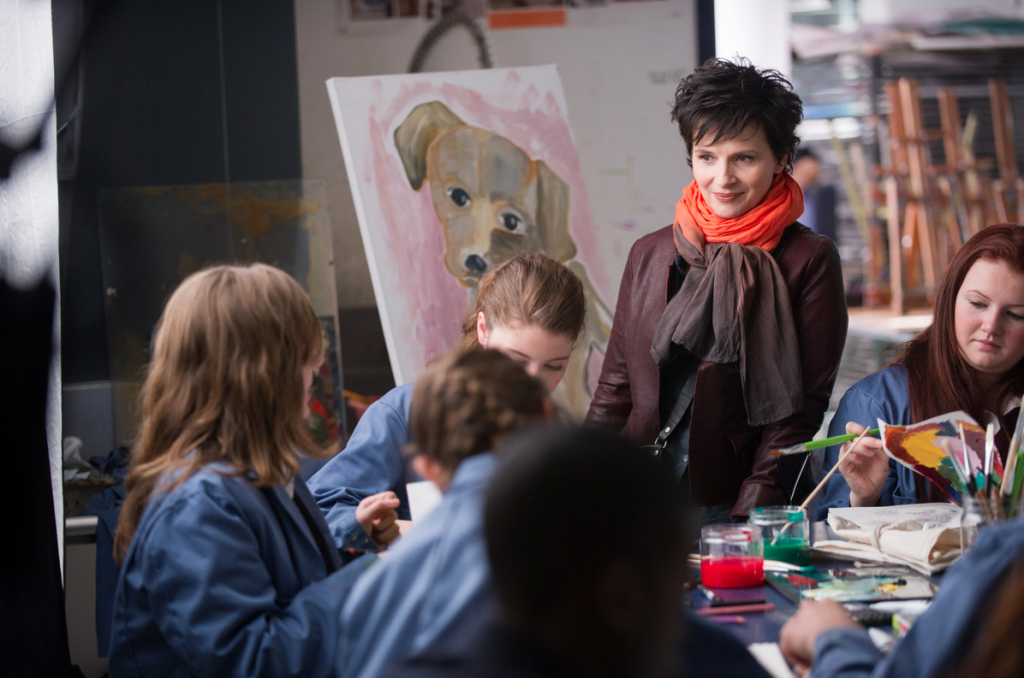 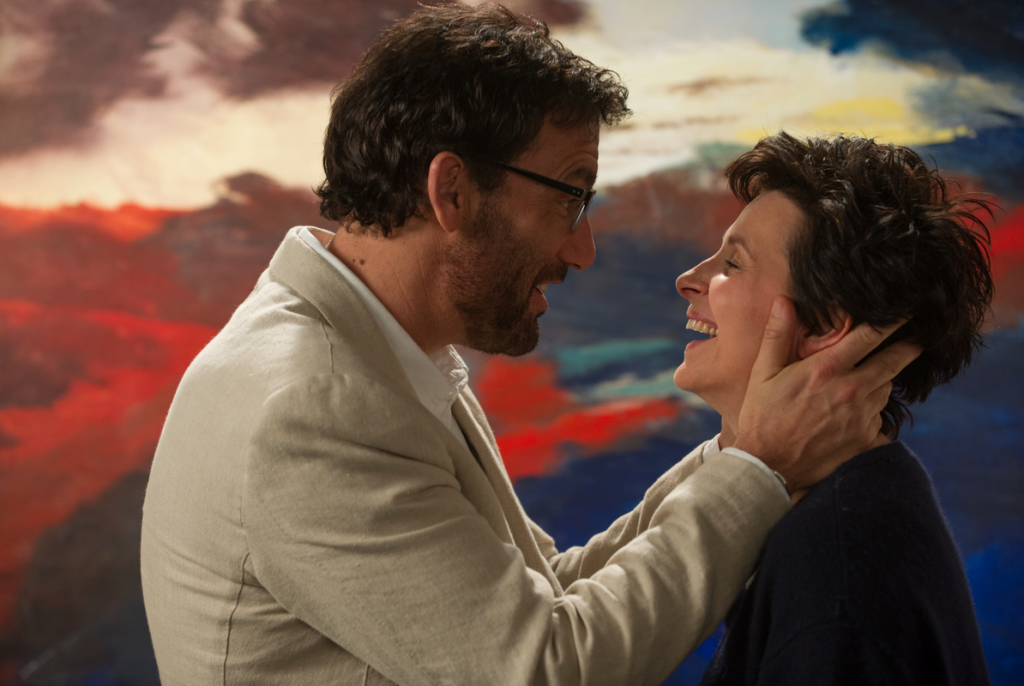