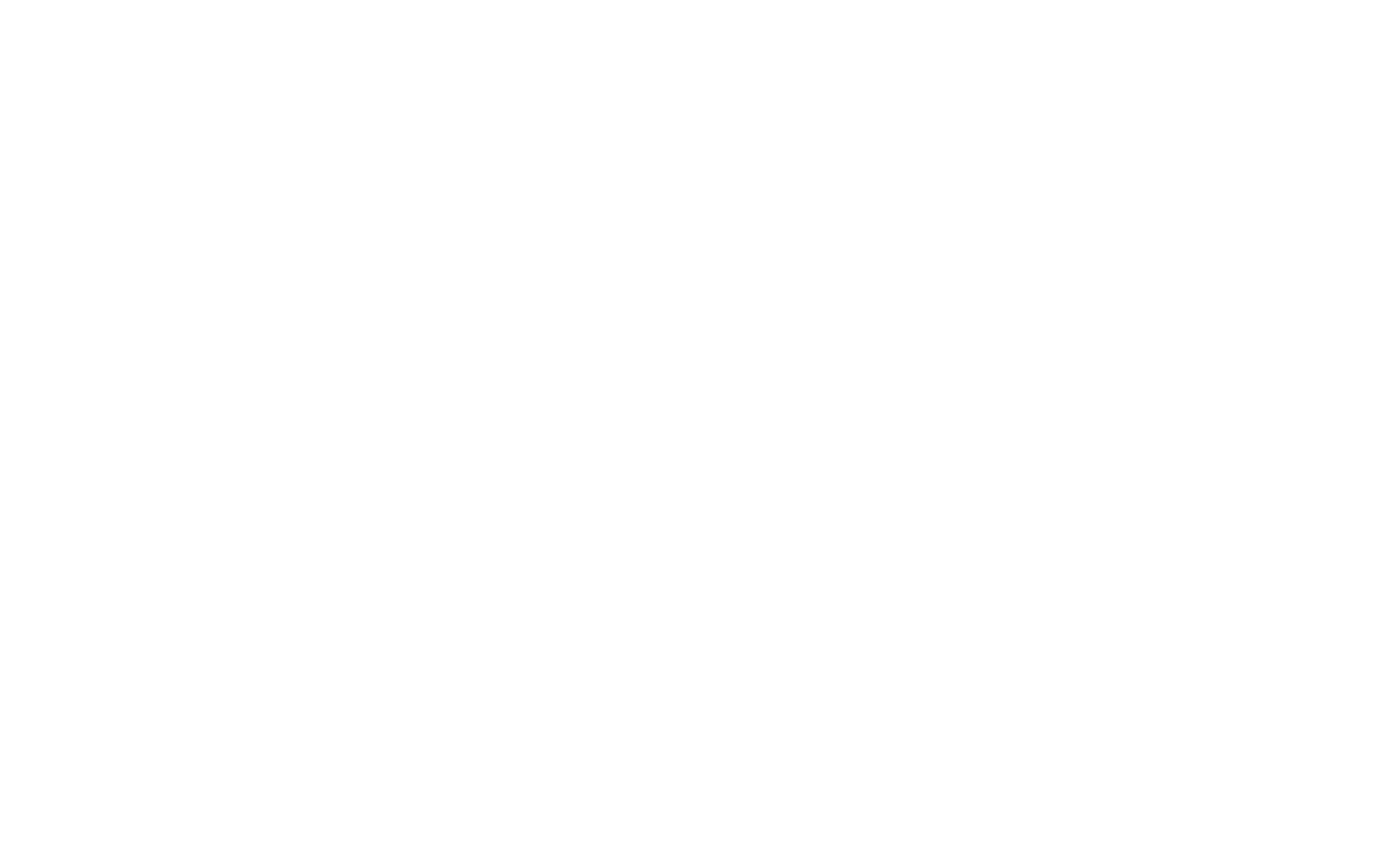 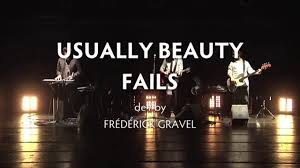 Usually Beauty Failsis a Frèdèrick Gravel directed and choreographed musical / dance performance . It is comprised of a 3 piece band (dj’s, guitar, vocals and sometimes harmonica) with 6 contemporary dancers. The costume of the performers begins very urban, in t-shirts, sneakers and jeans, all with similar physical compositions. Walking into the theatre the performers could be any audience member. Unaware of gender or formalities.
The performance opened with house music, the dancers seemed to be moving in reverse, jilting and jolting backwards. The stage was backlit causing dramatic outlines on the dancers physical form adding to the drama of the motion. Almost as if in a “Vogue” or dance off walk. Basically it was like the singer Robyn’s music video for Call Your Girlfriendchoreography amplified five times. The street style clothing and very deliberate motions began somewhat androgynous, then transitioned to more sexually expressive with folk music mixed with a beat sounding somewhat like Neil Young on steroids. But this worked.
Frèdèrick Gravel talked in between sets about the concept of time and the audience lending their time to watch this performance. How thetime humans spend on anything is the most valuable asset we possess. Gravel went on to give an analogy about why vintage jeans are so valuable, not because they cost a lot, because they take longer to find searching through second-hand stores. Gravel’s monologues were quirky and entertaining, a switch of mood from the music/dance combinations.
It started to become increasingly obvious that the music and dance were beginning to juxtapose each other. There was a sequence with the dancers doing hip gyrations that almost transitioned into twerking to a classical piece of music. It felt comical. Gravel called it “Ode to Fertility”.
As this is a performance at Theatre Junction GRAND, I have become accustomed to nudity and sexual content… Usually Beauty Fails takes that to another level insinuating sex and then face on genital contact. It hardly phased me at this point but maybe because I was far enough back to see up close what was really happening? Or maybe because neither party involved seemed to be aroused by it? Either way it wasn’t jarring.

There was a lot of struggle throughout the performance embodied by the dance sequences, and it became exhausting. The repetition was too much to watch, even with very high quality music. Exclusively from each other, the dance and music were great, but as a whole, when compositionally combined they felt polarizing. Creating a tension that was difficult to sensually absorb. Even more so when the dancers changed from their street clothes (in front of the audience) into their formal clothing. The performers popped Champaign and then waltzed to rock music with heavy distortion. The waltz quickly fell apart as a complete struggle for freedom. It all felt like a metaphor for how relationships evolve and people change, transition, and put each other in awkward positions, then eventually break down…then fail. (Hence the title… Usually Beauty Fails)

I thoroughly enjoyed the music and spoken word, the dance however, was discombobulated from what the music created emotionally in my brain. It didn’t match up and I felt it hard to sit still in the last quarter.

Frédérick Gravel Art Group is a variable collective of multi-talented artists who work together to ‘create extensively, try prolifically and persist enormously.’ Led by Frédérick Gravel, a dancer, choreographer, guitarist, singer and lighting designer, their work is presented in all kinds of settings, from classic venues in Montreal to underground spaces in New York and major festivals in Europe. An established leader in the Montreal dance scene,Gravel’s creations cultivate artistic ambiguity while playing with the cultural zeitgeist. He purposely subverts the expectations and landmarks of the avant-garde in a way that is self-aware and inclusive, incorporating diverse elements of pop culture and performance art that challenge existing paradigms of contemporary dance and bring raw, emotional work to the stage. 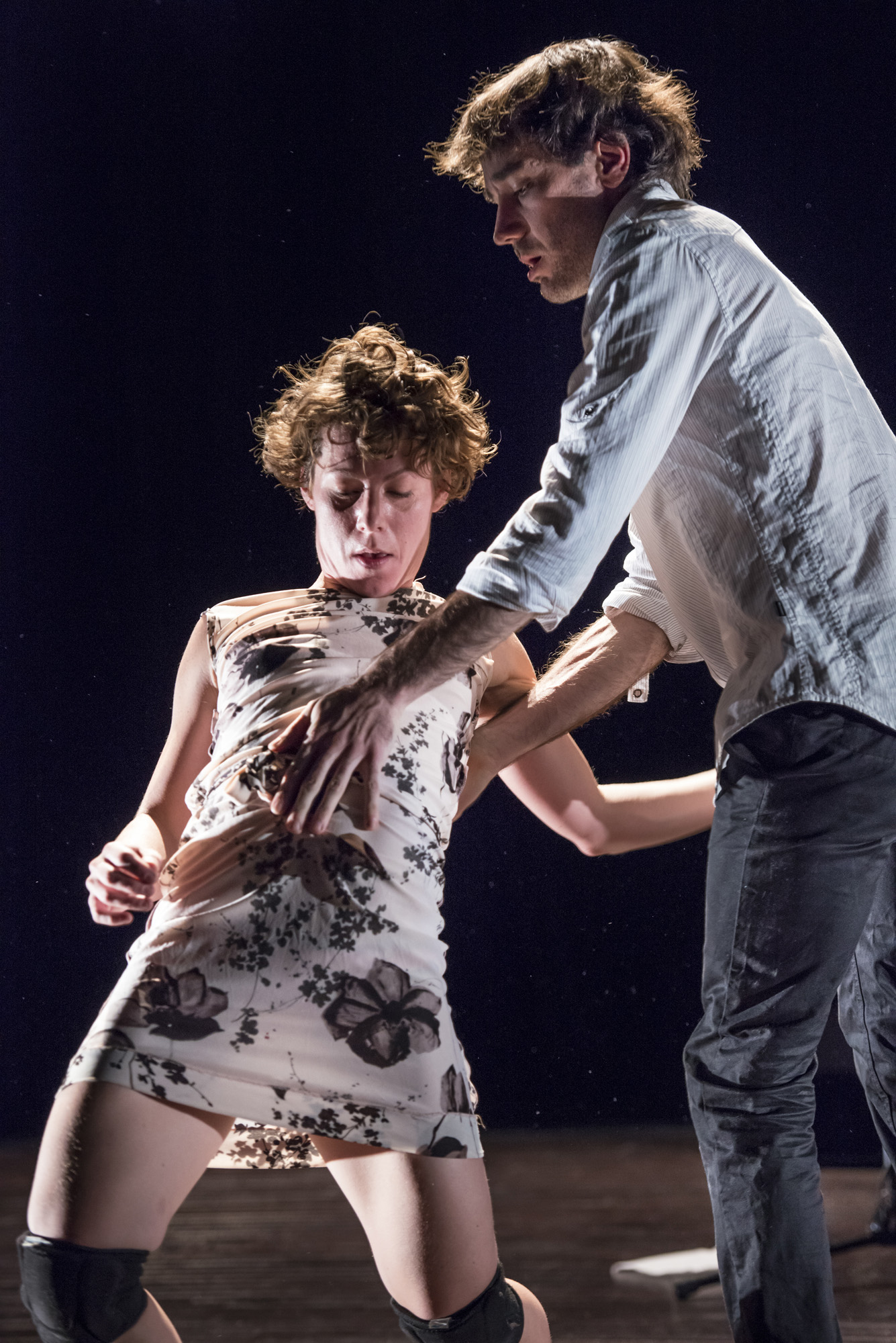 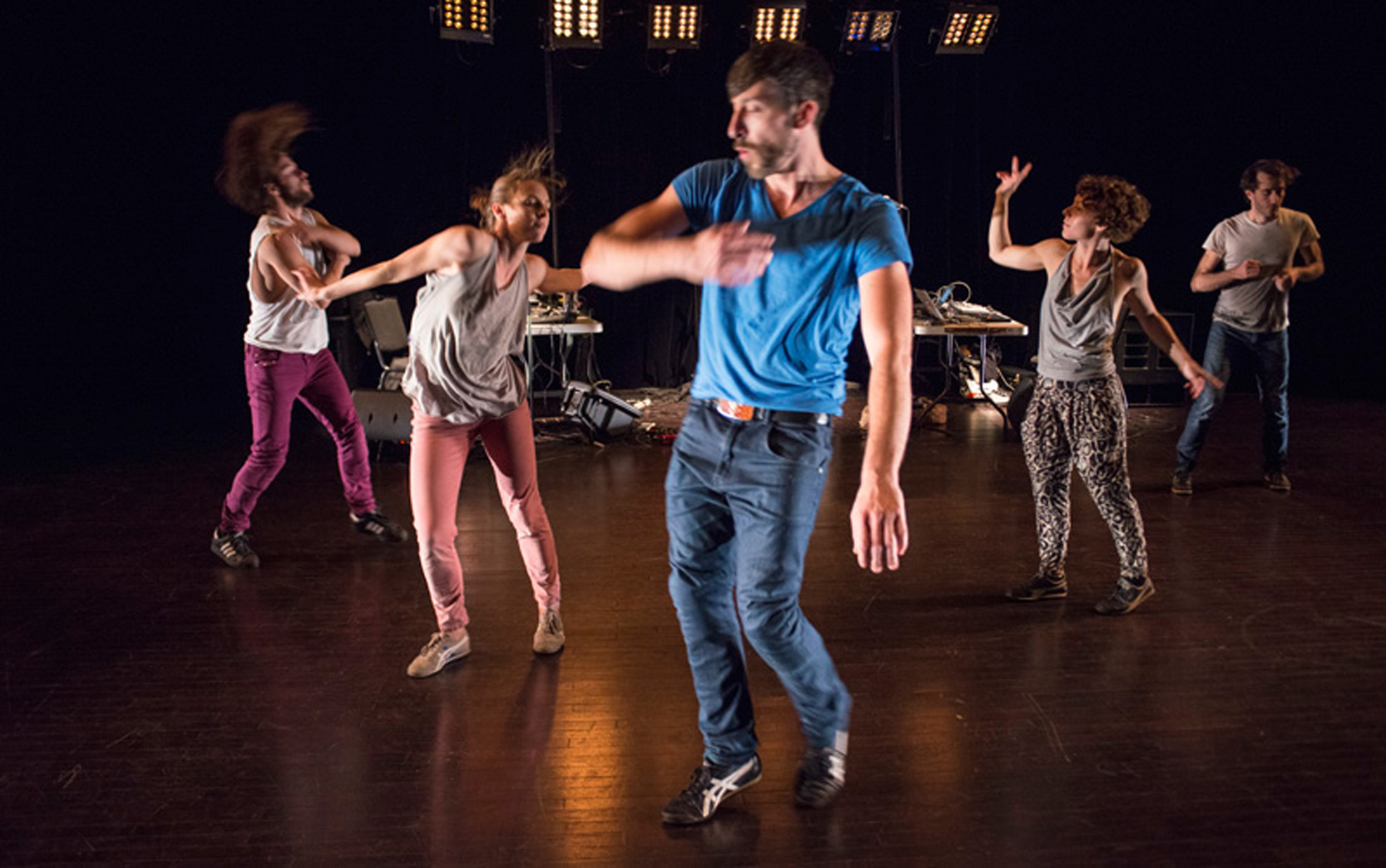 All photos courtesy of Grouped’ArtGravelArtGroup