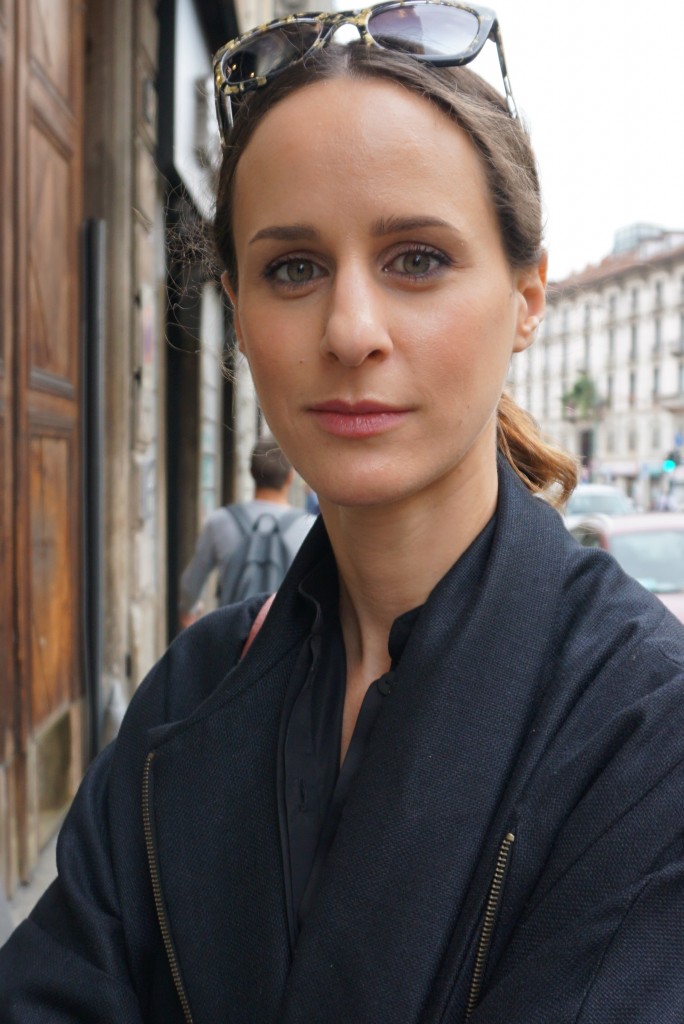 Esther Löwe and I met during the summer in California and hit it off right away over fruit smoothies with our friends. Prior to meeting Esther I had watched her fashion film G. at the Berlin Fashion Film Festival in June, which was mesmerizing. Esther’s film G. is about a fragrance created by Hamburg based label, Nasengold.

Esther grew up in Zimbabwe and resides now in Germany. Like most talked artists, Esther has many artistic talents, she was a child prodigy violinist before she pursued filmmaking. I love Esther’s eye for perfection and aesthetic as a director in filmmaking. During Fashion Week in Milan, Esther and I spent a lot of time together having many great discussions as well as creating some fun social media videos (like the the vignette on my home page 😉 ). The time was too short and I look forward to meeting again somewhere in the world 🙂

G. a fragrance by NASENGOLD from Esther Löwe on Vimeo.

KO:What is your genre of film?

EL:I’ve written and directed dramas, documentaries, music videos, fashion films. I don’t feel like a I have a preference. Every genre has it’s structure, rules, and challenges, and it is a great joy to try to understand these, incorporate them, and test their boundaries.

KO:Who is your favorite director?

KO:At what age did you decide you were a filmmaker?

EL:I like the way you put the question! I was a filmmaker long before I decided I was one. For me, making music and visual art was always about creating a narrative structure from an early age. Whether it was composing a soundtrack for someone else’s film or designing a set for Puccini’s Tosca at home.

KO:What is your earliest “film” memory that evoked the feelings inside you?

EL:When I was about six my older brother watched the horror film Child’s Play while my parents were out for dinner. He let me watch it with him and even though I was terrified, covering my ears and trying to closes my eyes, it had an immense pull on me. At one point he told me not to be so scared and switched off the sound telling me it wasn’t so scary when silent. And he was right! This revelation was a very clear turning point in my way of watching and understanding films.

KO:How did you start making films?

KO:What is your favorite film?

EL:Another impossible question to answer well. There are films I love in their completeness and films that have just one aspect I adore.

EL:I like to choose music that suits the particular subject I am working on, like a soundtrack. Otherwise my go to is classical music and silence.

KO:If you could eat only one food for the rest of your life. What would it be?

KO: What did your parents do that help encourage/discourage you in your filmmaking?

EL:If you don’t expect security, stability, satisfaction then you’ll be fine. Otherwise understand that it’s a collaborative process and everyone is better than you are in their specific field. Plan everything to the last detail, only this will give you the freedom to improvise.

EL:I respect the order of content/meaning and necessity over aesthetics more.

The Egocentricity of Desire from Esther Löwe on Vimeo.