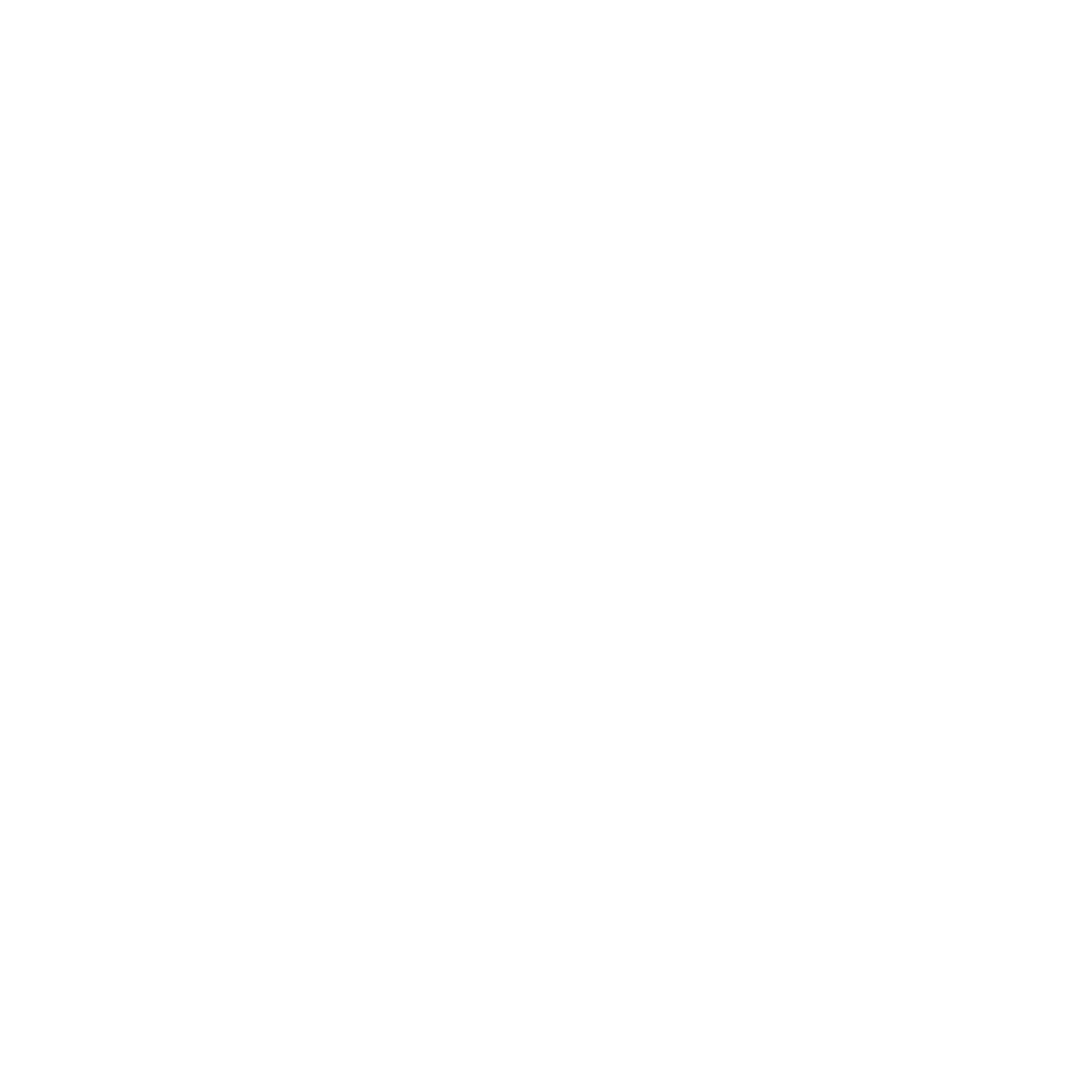 This Thursday Calgary International Film Festival kicks off with the Red Carpet Opening Gala at the Jubilee Auditorium with the film The Grand Seduction. This is the 14th year running of CIFF, and it promises the best visual stories from our backyard and around the globe with a great party. Calgary as a city is slowly developing it’s own style and culture in film, and I for one am just as interested in seeing what everyone will be wearing this year to the Gala’s and screenings as I am in the films themselves. Calgary’s film scene is unique to any other.

Toronto International Film Festival took place earlier this month (September 5-15/13) and was littered with International celebrities from the past, present and oh-so-promising future. I don’t expect that from Calgary. Us Calgarians, although we will spend the money to look like celebrities, would be just as happy to show up and see Mayor Nenshi as we would to see George Clooney beside us on a red carpet walk-and-step for CIFF. That being said, the programming at CIFF also reflects Calgary’s citizens…there is a lot of diversity and a mix of high and low… just like Calgarians fashion choices. 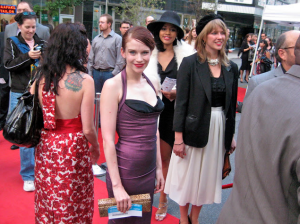 Unfortunately this year, I have not been able to see many of the films before the festival, so my picks for this years CIFF are based on trailers I adored watching and word-of-mouth. There is no science to that, just don’t hold it against me, either way, like it or not, films change the way we see the world. 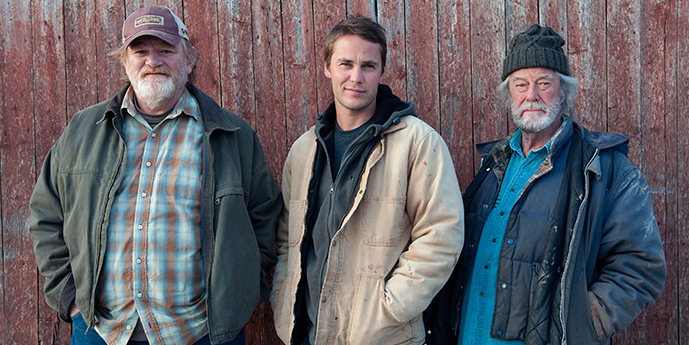 Brendan Gleeson (from left), Taylor Kitsch and Gordon Pinsent are seen in a publicity still for the film “The Grand Seduction.” — Submitted photo

In The Grand Seduction, we follow along as a small Newfoundland fishing town looks for a new lease on life. Plans for lucrative factory contract in tiny Tickle Head are continent on the town’s ability to secure a resident doctor- and none have jumped on board. Things are looking grim until Murray French (Brendan Gleeson) concocts an elaborate scheme and enlists his neighbours to charm a big-city doctor (Taylor Kitsch the super sexy bad ass fromSavages) to stay behind.

“The Grand Seduction is among the top picks from the 2013 Toronto film festival” –   TheTelegram.com

“The Grand Seduction is a laugh-out-loud comedy, and we’re overjoyed to present the Western Canadian premiere of this major release. The film is a who’s who of talent from across Canada, from Director Don McKellar and the incredible cast, to co-writer Michael Dowse, who is well known in Calgary and abroad for FUBAR and others. Last years Opening Gala was the largest  and most talked about in the festival’s history, and we look forward to an ever bigger night this year.”- Steve Schroeder, Executive Director of the Calgary International Film Festival

Google and the World Brain

Google and the World Brain is an exploration of the dark side of technology, exploring ambition and the genesis of AI. Directed by Ben Lewis

CIFF has the World Premiere of the film Simple Superstar. This semi-biographical film showcases the bizarre sensibilities that earned Wilbur Sarunaraj YouTube stardom in India. Filmmaker and Calgary’s own superstar Mayor Nenshi will be in attendance.

The filmmaking spirit of Alberta runs deep. These short films are a testament to the talent emerging from our province. From hundreds of submissions, CIFF has selected the top nine Alberta short films of the year to compete for the Enbridge Alberta Spirit Award. All nine films are presented at this special screening. A distinguished jury will then select the winning film, which will be at the end of the screening. The winning filmmaker will receive a cash prize of $2500, through the generous support of Enbridge, as well as additional prizes from Jump Studios and Vistek.

Blue is the Warmest Color

Blue is the Warmest Color is the film I personally have been anticipating the most this CIFF. Winner of the Palme d’Or award at the 2013 Cannes International Film Festival, and based on the French graphic novel “Blue Angel,” Blue is the Warmest Color is a sexually graphic teenage love story about a girl seeking herself, losing herself and ultimately finding herself. Through her relationship with Emma, Adèle grows into a strong woman with her own ideas on love, and learns to assert herself as an adult to those around her. There has been controversy over the director Abdellatif Kechiche‘s techniques in shooting love and fighting scenes, after he “put the actresses Adèle Exarchopoulos and Léa Seydoux through a gruelling 10-day shoot for the 10-minute love scene at the centre of the film and being forced into a continuous one-hour take – during which Kechiche refused to allow his stars to simulate blows – for a separate fight scene.” – TheGuardian.com 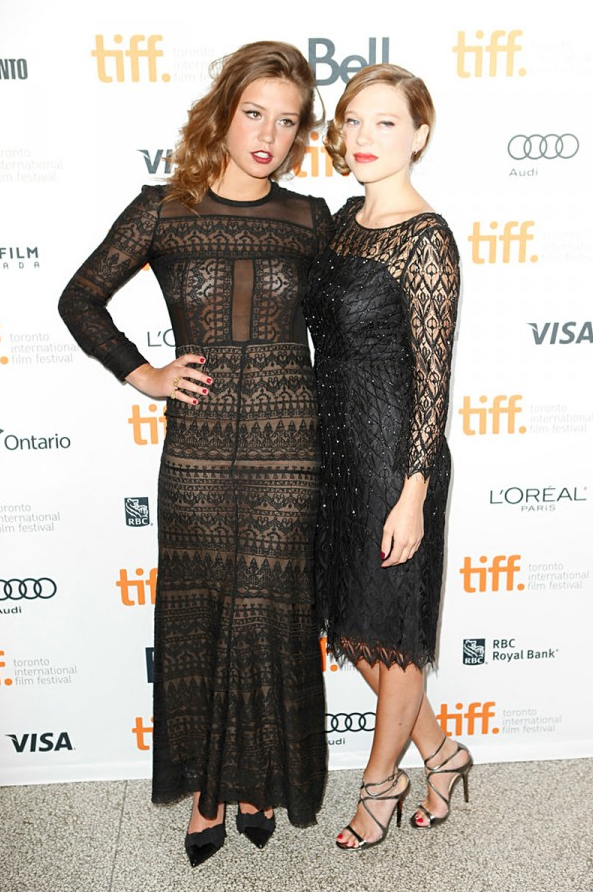 Antarctica’s Ross Sea is the most pristine marine biosphere on Earth. Aside from a small number of scientists, this rich ecosystem had been virtually untouched by humanity—until New Zealand’s commercial fishing fleets began harvesting toothfish (more commonly know as Chilean sea bass.)

With growing demand for sea bass in restaurants around the world, fisheries are hauling the toothfish in record amounts, a move that has devastated this fragile region. Filmed over the course of seven years and featuring striking Antarctic scenery, The Last Ocean is filmmaker Peter Young‘s record of the scientific community’s passionate attempts to save this dramatic and vital landscape from destruction.

The post-screening reception is included in the ticket price.

Don’t Get Killed In Alaska

Don’t Get Killed in Alaska (Trailer) from first love films on Vimeo.

Don’t Get Killed in Alaska is not actually about not getting killed in Alaska.The film explores Liney’s (Tommie-Amber Pirie) struggle to get her life moving without a roadmap. After a summer spent tree planting, she and her boyfriend Dan are prepared to move on to a winter spent on a fishing boat in Alaska. But after losing all their money in a shady fashion, their life of adventure needs funding. It is a tension filled 96 minutes where you can’t help but cringe at the family awkwardness.

Shot in Ontario and British Columbia, Don’t Get Killed in Alaska is the first full-length feature from Toronto-based filmmaker Bill Taylor.

EEGA,  story about a love so strong it can reincarnate a man as a housefly. A bizarre tale of a love triangle gone wrong, Eega spins a fantastical story of revenge, intrigue and one true love. This might be the most entertaining film at CIFF 2013! Directed by SS Rajamouli. 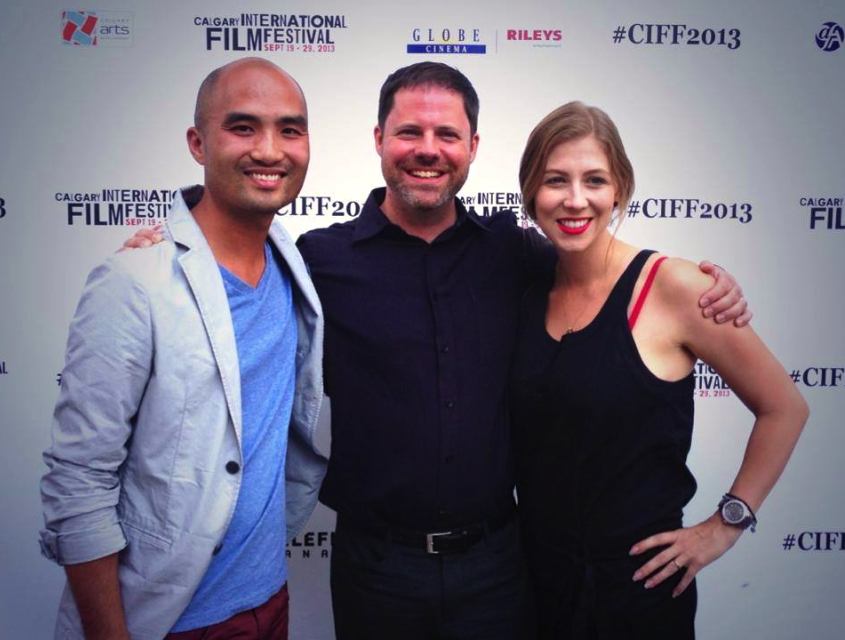 Wilson Wong, Steve Schroeder and Me at the Media Launch of CIFF 2013