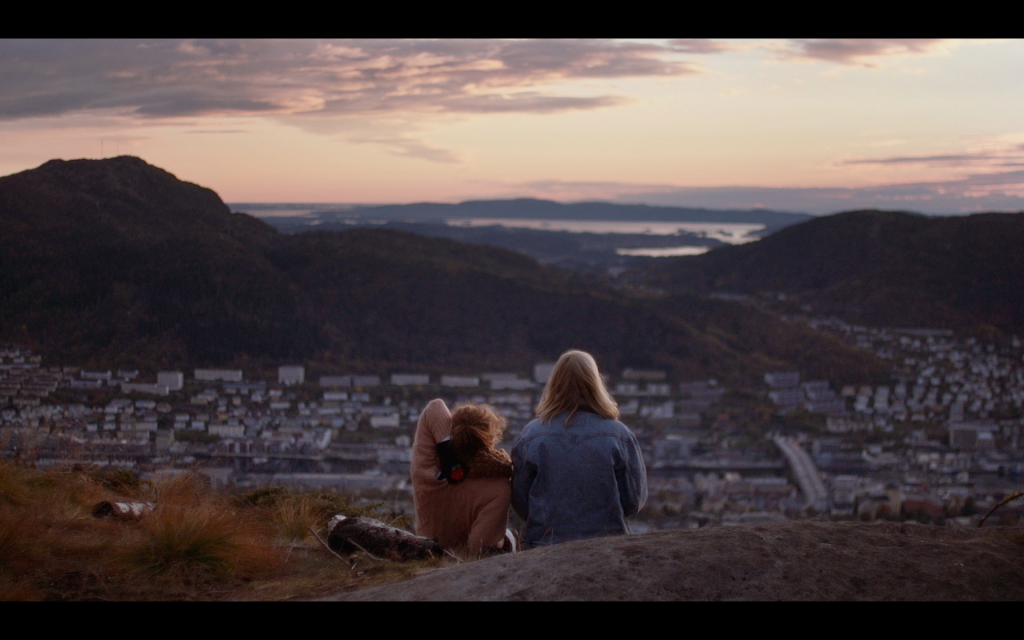 Poetically tragic, organically beautiful and emotionally raw. That’s how I would first try to describe the film Violent. On my recent Air Canada flight to New York (Newark, NJ actually), I discovered a film that a friend of mine executive produced (Amy Darling) and I have been meaning to watch. Violent has been officially selected at many prestigious film festivals in the past year including the Toronto International Film Festival’s Top Ten Official Selection Perspective Canada, Cannes Film Festival, and Karlovy Vary International Film Festival, but the stars did not aline for me to be in those places to see the film. The recent Air Canada flight where I clicked on the category “Canadian” in the in-flight entertainment movies category is where my opportunity finally arose.

The story begins with two sisters in a small city in Norway. Both girls are very beautiful. The older sister Dargny (played by Dagny Backer Johnsen) decides to take a fully clothed dunk in the lake. 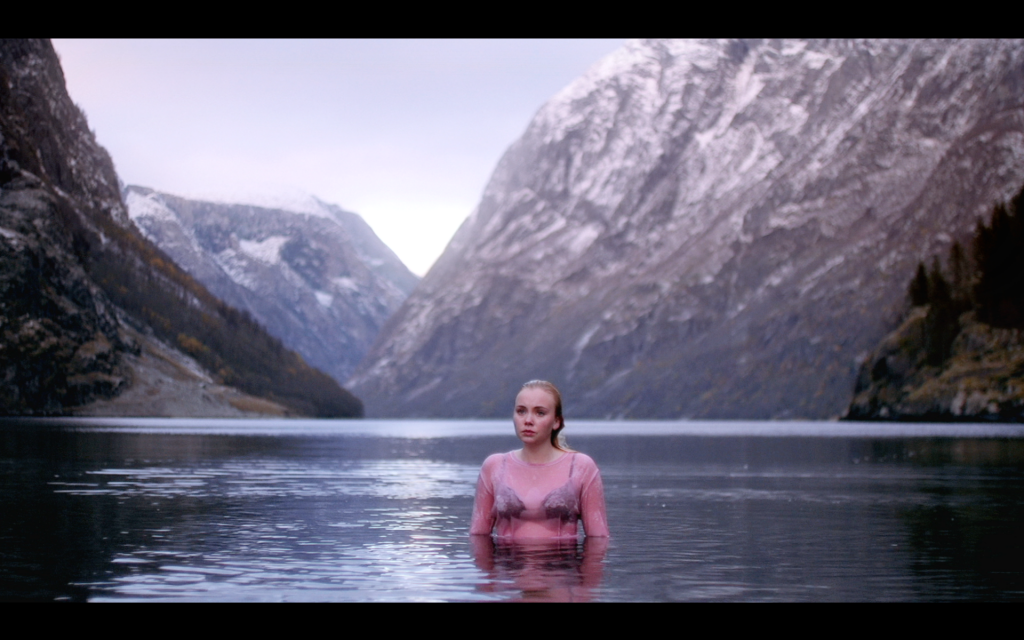 Dargny moves to another city to work at a small hardware store and live in an apartment over the store, owned by a family friend she hasn’t seen since childhood. Dargny meets up with her best friend Embla (played by Mari Sofie Andreassen) in the town and tells her she has moving there to be closer to her. Embla then breaks the news to Dargny that she is moving to Stockholm with her boyfriend. The girls spend time being silly, overlooking the town and cursing bananas.

Enter Brent, Embla’s English speaking friend. Brent hasn’t slept in 7 days. He said he died and was resuscitated recently. Ever since his resuscitation, he has not been able to sleep. 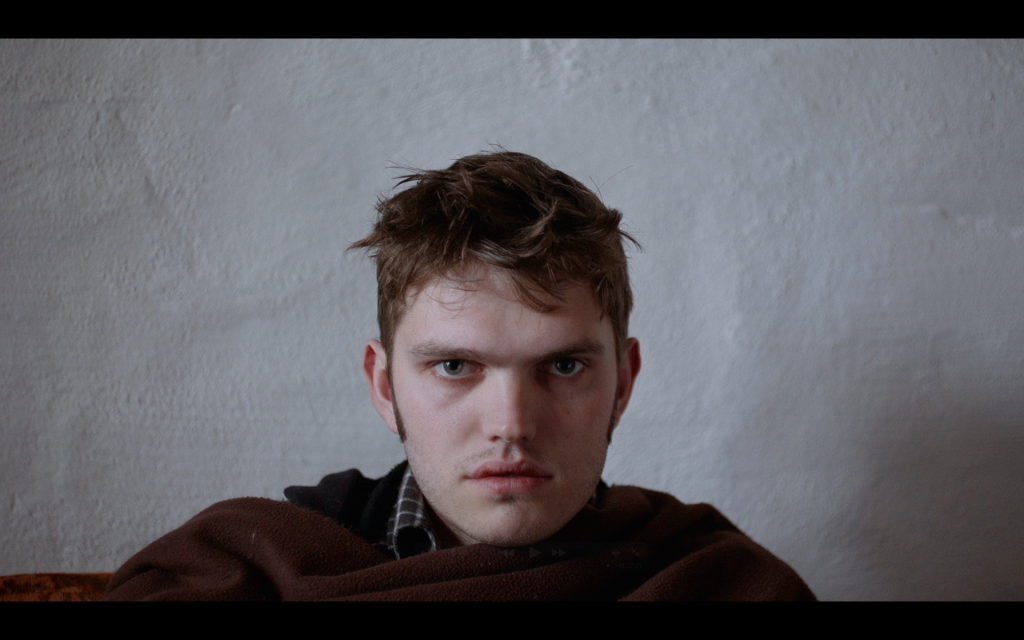 Dargny’s work at the hardware store seems very boring and is spent with her boss Bengt (played by Tor Halvor Halvorsen) the family friend who owns the hardware store. He is awkwardly attracted to her, stumbling over his words, taking too long of pauses between sentences. It creates tension and discomfort in the film. 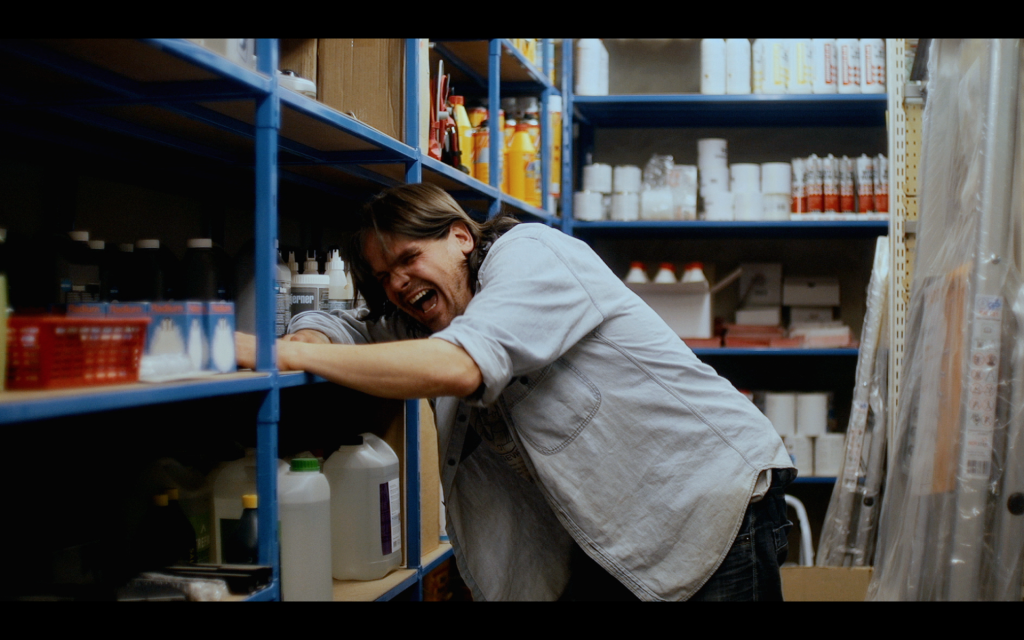 Dargny seeks refuge at her grandfather’s home. He makes her waffles and talks about his struggle of letting go of his memories daily of her deceased grandmother. This was the most monumental in the entire film. 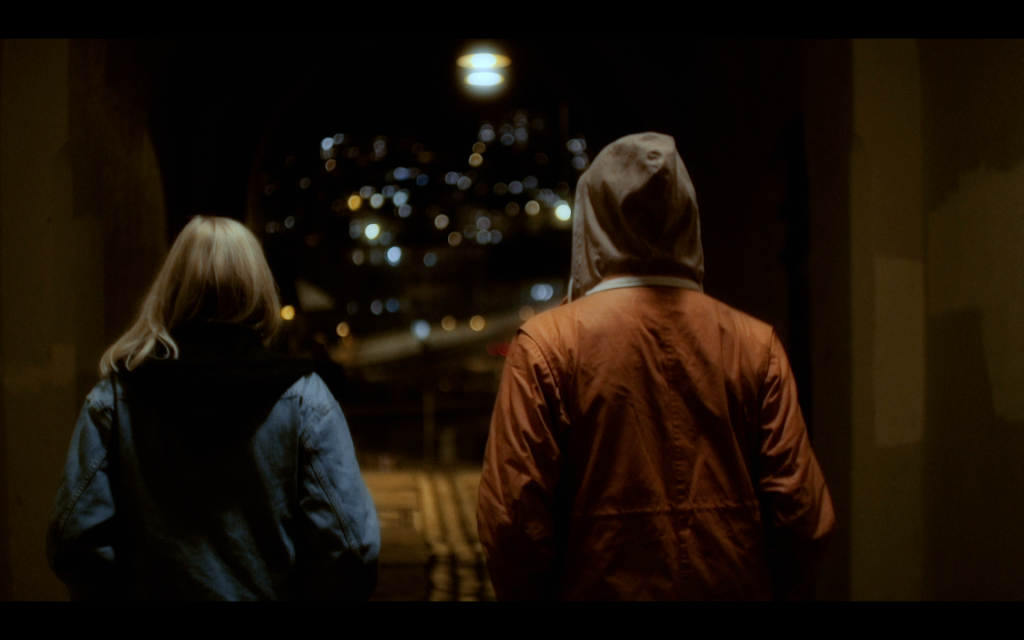 The theme of Violent is being alone and loneliness. Starting and ending life alone. The lone thoughts you think inside your head, and the ones shared with others.

The transcendental music byWe Are The Citymixed with lots of scenic panoramic shots makes for an exalted viewing experience (even on a tiny airplane screen!!!).

It reminded me of Sophia Copolla’s filmSomewherebecause of the silence, solitudes and distance- andLola Renntthe way the verse “it feels like water…”  is repeated in three separate parts of the film discussing water and electricity. But the film I thought of most after watchingViolentwasMelancholiaby Lars von Trier. There are many parallels aesthetically between the character of Justine (played by Kirsten Dunst) and Dargny. 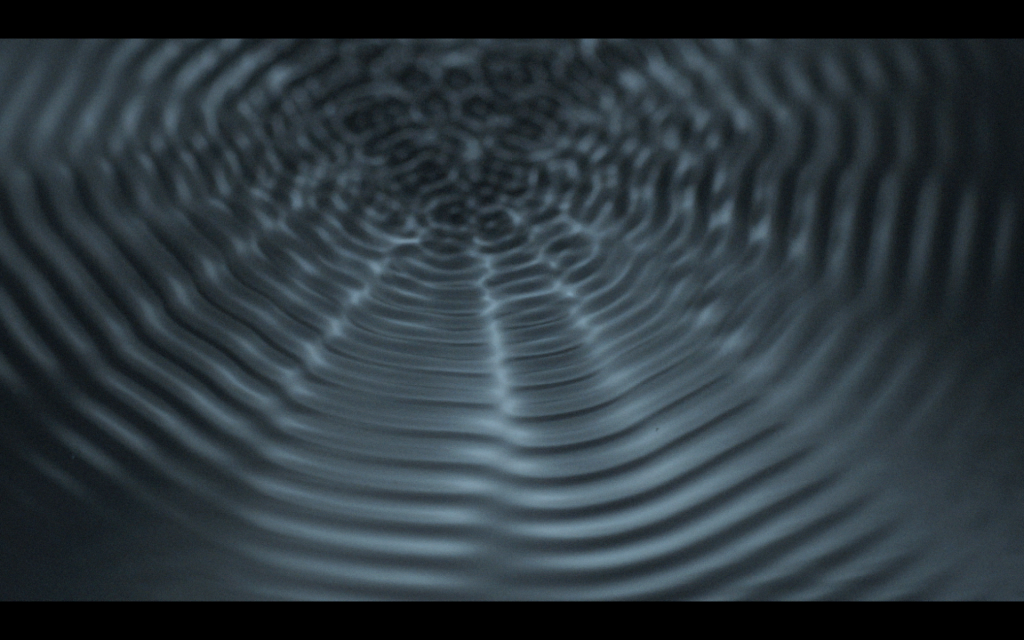 I foundViolentto be a tragically sad and nihilist film. I think Dargny commits suicide. She ends her life because of infinite loneliness, no sense of actual belonging. This film is heavy, rich and deep in Scandinavian existentialism. You are not meant to walk away feeling warm and fuzzy, so if you like Hollywood resolve of mainstream movies, you will not like this film. It’s not an everyone film. It is a deep thinking film.The silence, echo and then vibrational scenes really get inside your head. 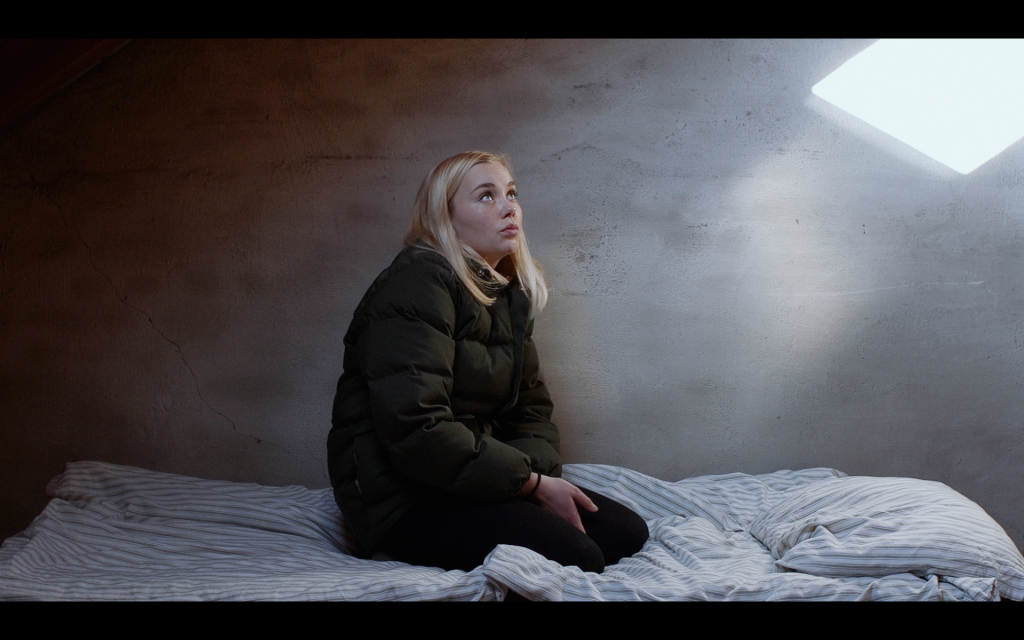 Dargny’s face is so open and innocent but also so empty. She seems disconnected and unreachable. The whole film spoke to me in the way a Canadian film never has before. On the surface is it just a Norwegian film. But having known before I watched, the film was written in English in Canada, then translated to Norwegian and directed by a Canadian musician in Norway with Norwegian actors in a language he didn’t speak, maybe explains the disconnect is Dargny’s face. Perhaps it was done this way by design to create authentic voidness?

I thought about this a lot.

In the end I can only assume Dargny accepts death.

The conversation had with her grandfather at the end of the film was the very most meaningful part of the film. About how someone can be so deeply ingrained in your soul you see them and their mannerisms in everyone around you. It is a bizarre phenomenon how the human brain makes this happen.

Fun facts about this film:

VIOLENT is the result of a collaboration between Amazing Factory Productions and We Are the City.

Amazing Factory Productions is a tight knit Vancouver, BC based production company of four family members: siblings Andrew and Joshua Huculiak, and their cousins, siblings Joseph and Amanda Schweers.

Andrew Huculiak is also a member of the renowned Vancouver band, We Are The City, along with Cayne McKenzie and David Menzel.

In 2012, these two groups, having worked together on numerous smaller projects, made the decision to embark on an ambitious endeavour. The plan was set in motion to write, produce and release a feature film to be a sister piece to We Are The City’s new album, Violent.

The film’s score utilizes melodic motifs from the songs from the album, and the story took shape as a poignant interpretation of many of the themes of the songs.

The on-set crew was just 5 people, sometimes less. There was no production vehicle, so the crew carried all of the gear to the locations, often walking over 10 kilometers per day.