Sam Klemke’s Time Machine, directed by Matthew Bate, is a documentary style film that compiles homemade audio-visual journals over the course of thirty-seven years of Sam Klemke’s life. Bate cross cuts between Klemke’s personal footage and the story of the Golden Record project. For those of you who do not know, The Golden Record project maintained the purpose of creating a record with the most representative sights and sounds of the human species. This record was then placed upon Voyager 1 and was ultimately intended to enlighten any alien life forms that may encounter it to our existence. The message that was ultimately conveyed through this comparison was the importance that we receive from recording and sharing with others. This recording, in turn, provides meaning to a seemingly meaninglessness existence by declaring that we do, in fact, exist.

This film is particularly interesting when one considers the context of today and how technology (ie. YouTube, Instagram, Facebook, and Twitter) has impacted our ability to record and perceive our existence. Sam Klemke, was named; “The World’s First Vlogger” with the onset of YouTube and the increasing number of people starting vlogging channels everyday. The original purpose of recording for Klemke, however, was never to show his recordings to other people. The recordings functioned more as an evaluation technique or a way for Klemke to keep track of his own life. Klemke was, for the most part, brutally honest and provided next to no censorship in his recordings perhaps due to the fact that the original intent of the recordings were to function as journals. Due to this lack of censorship, it is important to note that the film is sexually explicit and does contain nudity.

Although I really thought the concept for this film was interesting I have to say that overall, I did not enjoy it. I am having a difficult time pinpointing exactly what it was that I did not enjoy about it. I think I just found that Sam Klemke was not a very interesting person, or the way he was conveyed was not very interesting to me. I found myself tuning out for a lot of it and having to go back and watch it again so I could provide an insightful review. Perhaps experiencing that disinterest was all a part of it, however, perhaps Bate was drawing on the monotony of what it means to be human. I suppose that it is still important to note though, that I would not watch the film again. I would still be willing to recommend this film to someone if I felt that they were really interested in exploring existentialism and I also felt that they would not be bothered by the portrayal of Klemke. I do realize that Klemke’s portrayal is really besides the point and that we are dealing with much larger questions here but I still think that a film has to be either enjoyable or you have to gain something from the experience and unfortunately this provided me with neither. 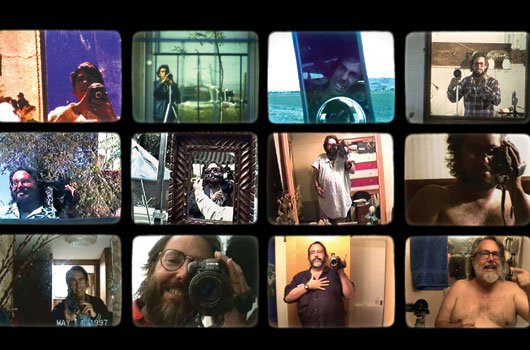