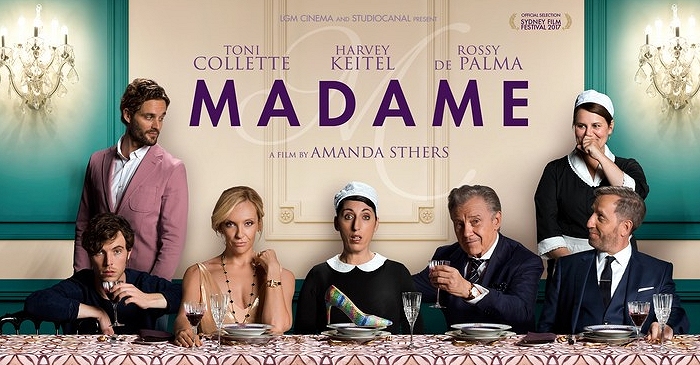 MADAME is a romantic comedy about an extremely dysfunctional, but very well-connected, wealthy American couple living in romantic Paris. I am a huge fan of Rossy de Palma, and if you have read any of my previous film posts, I guess my Pedro Almodóvar film obsessions would be completely obvious. I love just Spanish Film in general but especially anything starring de Palma. The roles she plays are always supporting, but so supportive in her strong acting that she is more memorable than most leads in her films. MADAME is no exception. de Palma plays a maid to Anne (Toni Collette) , who is wanting to add some passion to her life because her marriage is failing. Anne plans a luxurious dinner party inviting her most sophisticated international friends to show off a painting the couple owned by the Italian master Caravaggio’s Last Supper that has been sold to a close family friend. When Anne realizes there are 13 places at the table, her superstitions run wild because it is an unlucky number. So Anne asks her maid Maria (de Palma) to wear her clothes and act as a mysterious Spanish noblewoman to bring the table to a reasonable 14 guests. Maria ends up getting lit when the wine starts flowing and accidentally charms the couples delightful Irish art broker (Michael Smiley). Their burgeoning love affair drives Anne crazy and she plots to destroy their affection for each other.

“Rossy de Palma plays a modern Cinderella and although audiences will laugh and be moved, they may also look beneath the fable and question what it means to be satisfied with your life – regardless of wealth and privilege. We are really excited to share this movie with Canadian audiences.” says Emily Alden, Vice President of PNP. 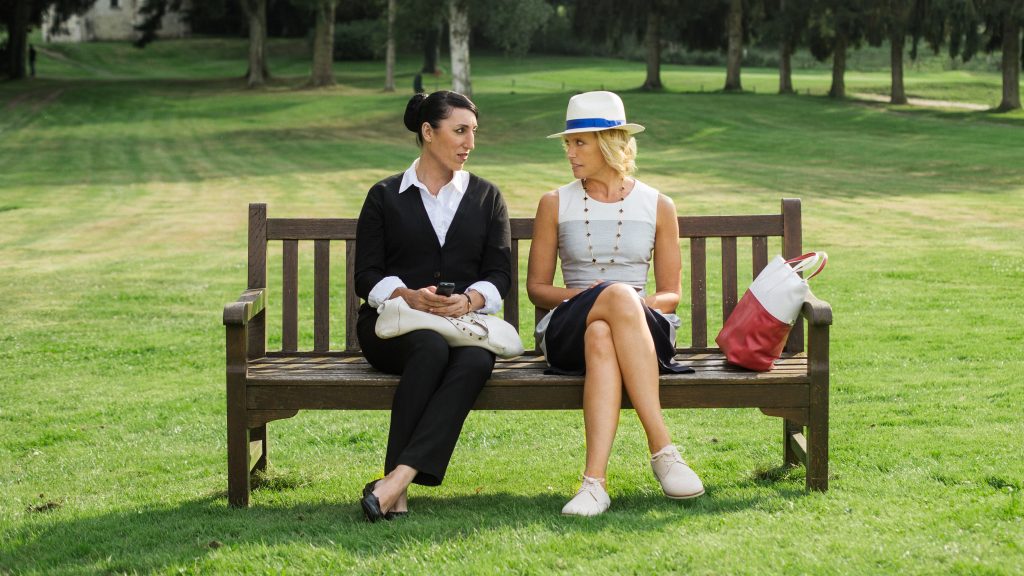 Speaking on the social subtext and moral tale embedded in the story,  Sthers,  the writer and director comments: “The film mocks fairytales…Sure, all the archetypes, all the codes of fairytales are there, but my film is more realistic. Because those tales are a sort of opium, and what happens never occurs in real life. And yet that’s not negative: One can take something from a dream that collapses, one can find liberty and dignity in there. Maria ends up escaping her destiny. It might not be for a dazzling future, for love or money, but she finds something even better: The capacity to live on her own terms, and to look at herself in the mirror in a fresh light.”

I adored this film for the way it portrays the realistic modern family and realities of life. The dinner party scene had me laughing out loud the entire time! Who doesn’t love a dinner party guest who’s humor goes rogue!?!

MADAME opens March 23 beginning with an exclusive Toronto engagement to be followed with release dates across Canada. Check CalgaryMovies.com for future showtimes.