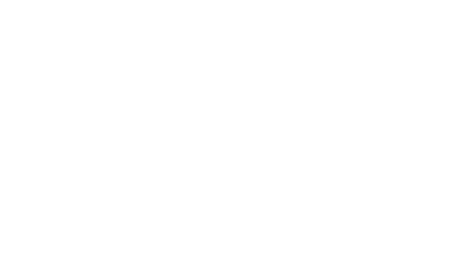 KO Review of The F Word 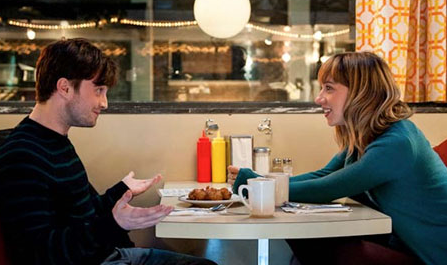 In this case, F word stands for FRIENDS. This is a film about being in the “Friend” zone. We have all been there… you meet someone, think they are so awesome, and then find out they are in a relationship. Womp womp.

The F Word is about a medical student drop out named Wallace (played by the very talented Daniel Radcliffe ) who fresh from a bad break-up meets the adorable quirky animator Chantry (Zoe Kazan, who i love love loved in Ruby Sparks). The two eccentrics meet by chance at a house party in Toronto of Chantry’s cousin Allan, (played by Adam Driver aka Adam from HBO Girls!) in the kitchen, while playing with magnetic poetry on the fridge. As soon as Wallace and Chantry engaged in their dry, sarcastic witty banter, I knew I would love this film. The cast is full to the brim with great talents like Chantry’s sister Dalia (played by Megan Park), Allan’s girlfriend then wife Nicole (played by Mackenzie Davis) and Chantry’s boyfriend Ben (played by Raf Spall). The colorful cast enriches this already brilliant screenplay in a way that made it very current and refreshing on-screen.

The initial chance encounter that brought Wallace and Chantry together, had them walking home from the house party together. When Wallace suggests they hang-out again, Chantry writes out her phone number and then said her boyfriend is waiting for her, so she needs to go. Wallace leaves, plays the scene over in his mind, but doesn’t call Chantry. Wallace and Chantry have a second random meeting outside the theatre after going solo to watch The Princess Bride. They notice each other and then decide to go eat at a local diner together where they discuss Elvis’s favorite foods, including Fools Gold, and fecal matter in dead bodies, all over some deep-fried pickles. They hit it off swimmingly. From this night, there is then a sushi lunch, and then a dinner with Chantry’s boyfriend Ben and rebounding sister Dalia. The dinner goes south in a hurry when Ben confronts Wallace about wanting to sleep with Chantry. Wallace’s best friend Allan, gives him a reality check regarding his zero-to-none chance with his cousin. Allan makes an analogy to Ben, being his scrumptious nachos, because Ben is a lawyer who negotiates copyright laws for the UN. While Wallace is rotten banana who is in a dead-end desk job, lives in his sisters attic and has nothing but love to offer Chantry. Wallace’s misery is constantly amplified by the contrast of Allan aggressive making out with his girlfriend Nicole in front of him.

Chantry’s perfect boyfriend gets transferred to Dublin, Ireland for work, and Chantry finds herself spending more and more time with Wallace. The beautiful animation Chantry creates is projected throughout the film letting us inside her creative mind. Chantry, Wallace, his best friend as well as being Chantry’s cousin Allan and his girlfriend Nicole become a tight-knit friend group until one night when they all go skinny dipping. A line is cross from the friend zone into a grey area. The plot becomes twisted and unpredictable as Chantry and Wallace struggle to define where they fit in each others lives now that the line has been crossed.

The F Word delicately explores the relationship as friends between men and woman. The film was full of laughs and charming scenes that were very relatable. This is a great feel-good date movie, or just a great film in general to go solo to see. I highly recommend it 🙂 I will also definitely be purchasing the soundtrack to this film when it is released. The music was the icing on the cake.

The F Word screenplay was written by Elan Mastai and Directed by local (once) Calgarian Michael Dowse (famous for Fubar, Goon and one It’s All Gone Pete Tong) and opens in theatres August 22, 2014. 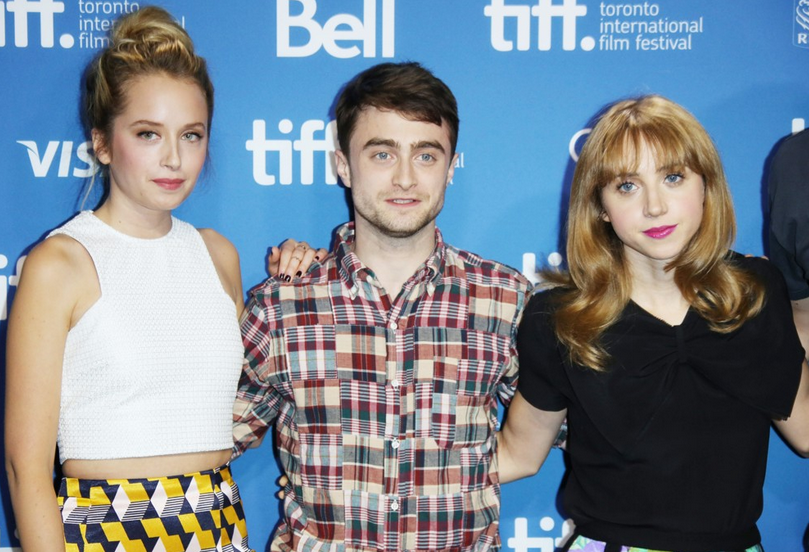 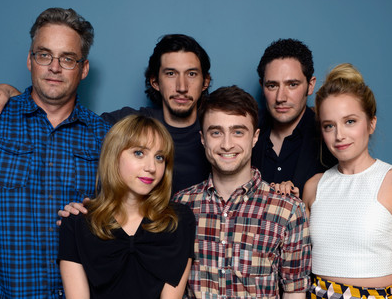 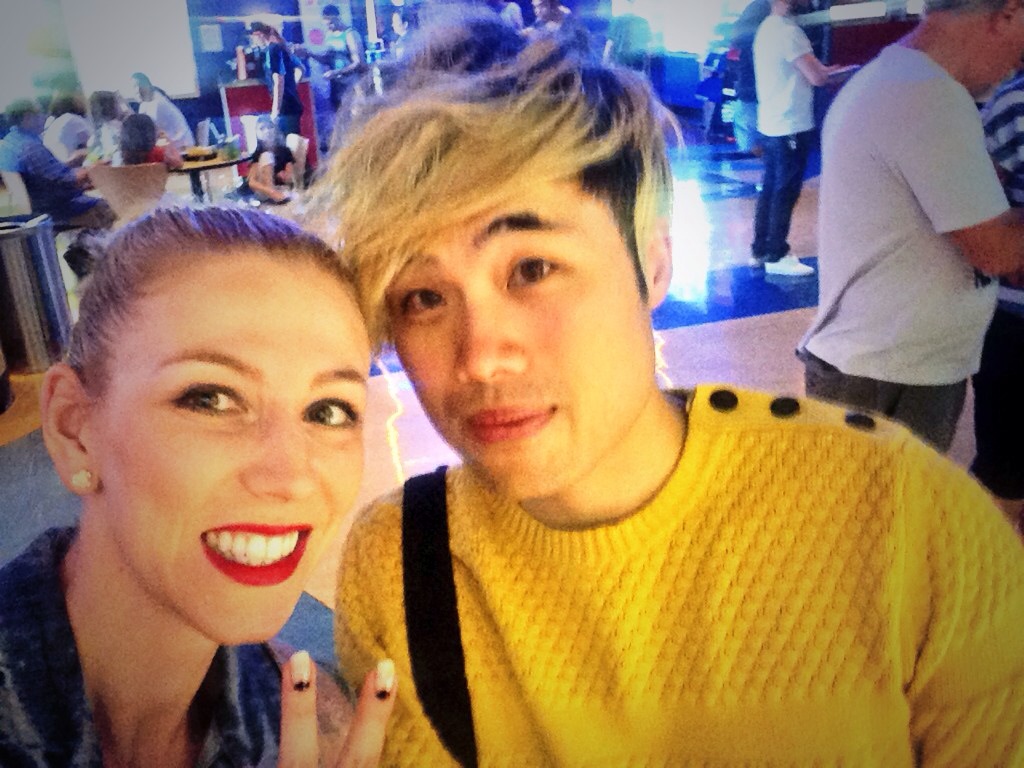 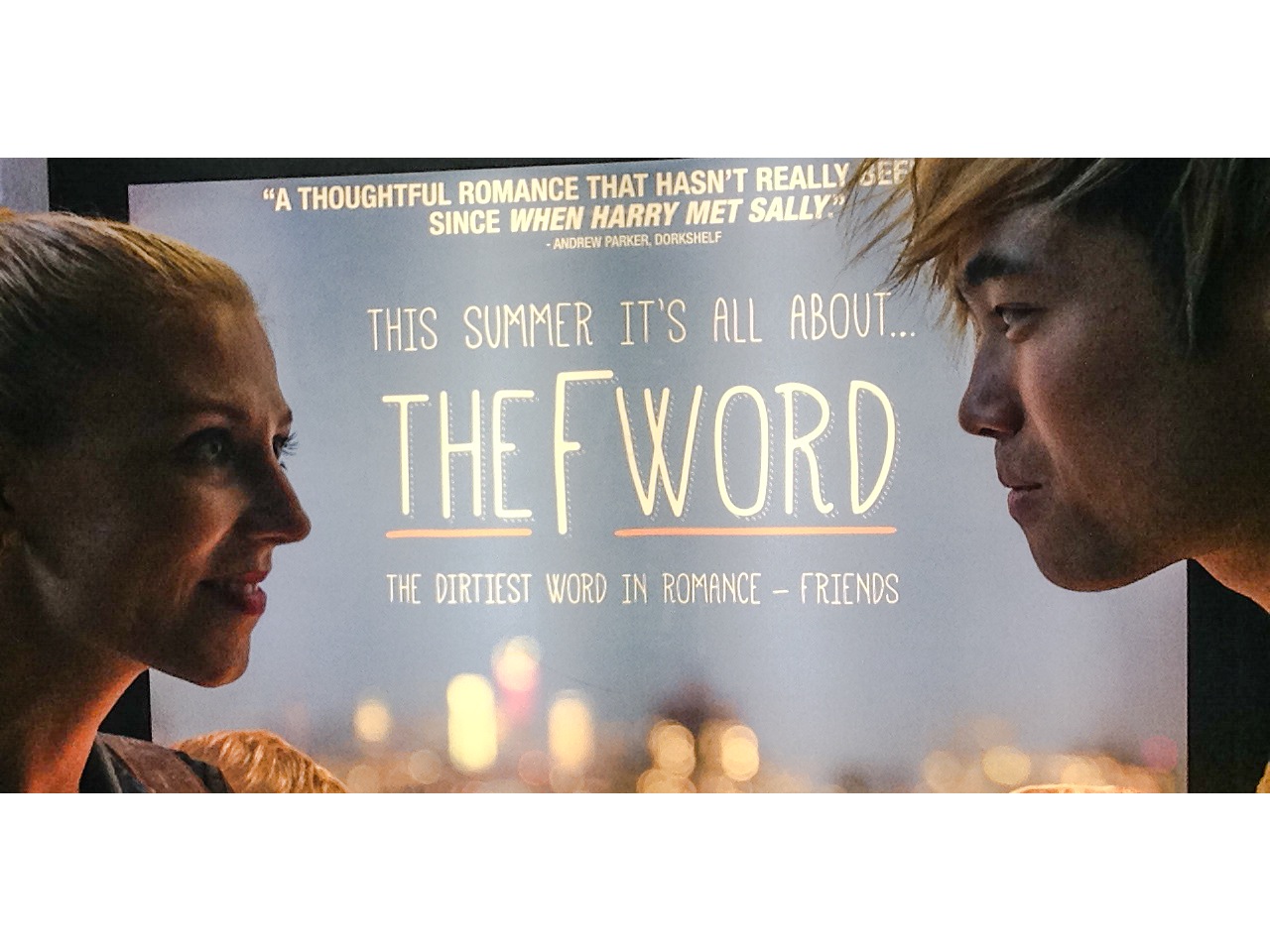